By Kieran Jackson For Mailonline

Liverpool are reportedly in talks to have a cryptocurrency firm as their main shirt sponsor from June 2023 onwards in what would be a Premier League first.

The Reds have had Standard Chartered on the front of their shirts since the 2010-11 season but their £40m-a-year deal with the financial services company expires in May 2023.

Though negotiations are taking place about an extension, the club are also speaking to firms in the media, tourism and electronics sectors – and crypto firms are being considered too, according to The Athletic. 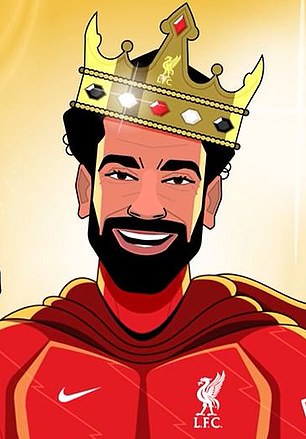 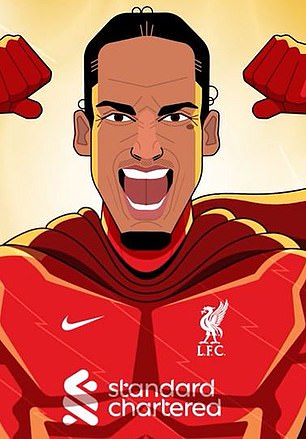 Liverpool launched a series of NFTs as they entered the world of cryptocurrency in March. Pictured are two of their NFTs – digital artworks of Mo Salah and Virgil van Dijk

The report details that Liverpool executives are talking to a crypto exchange firm and a blockchain platform about a potential partnership.

Any deal to bring in a crypto firm as the club’s main shirt sponsor would be a Premier League first, as the club target a deal which is expected to bring in £70m over two years no matter who the agreement is signed with.

Six Premier League clubs currently have deals in place with crypto sponsor Socios which sells ‘fan engagement tokens’, but none of them have the company as their main shirt sponsor.

Arsenal, Aston Villa, Crystal Palace, Everton, Leeds United and Manchester City are those six clubs, though it provoked a reaction at Selhurst Park when Palace fans held up a banner calling Socios ‘parasites.’ 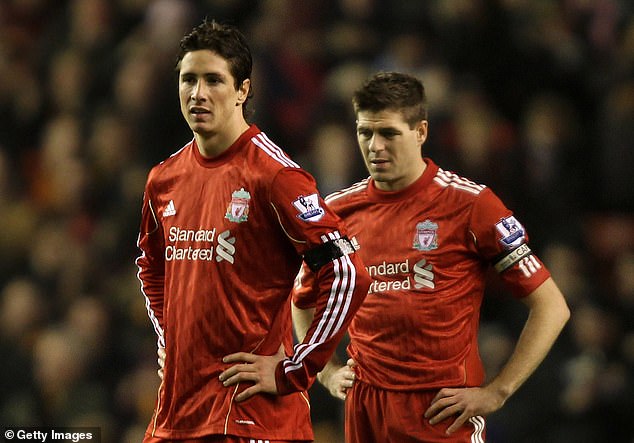 Any deal would likely prove controversial due to a lack of regulation with blockchains, plus a potential fan risk with exposing crypto firms where you can gain or lose financially.

The club are targeting an agreement in the next eight weeks, amid Jurgen Klopp’s side targeting an unprecedented quadruple on the pitch.

It is also understood that Liverpool fan groups are yet to be consulted about the prospect of a crypto firm on the front of their shirts, though such consultations did take place about the launch of NFTs (non-fungible tokens) in March. 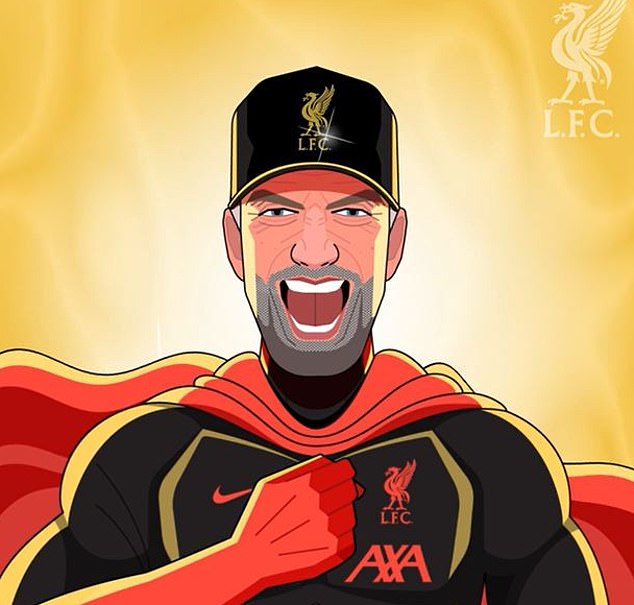 The Reds had around 171,000 potential NFTs based on Jurgen Klopp and his players for sale

The controversial foray into the world of cryptocurrency saw the club sell less than 10,000 out of a potential 171,000 non-fungible tokens.

The headline figure of 9,721 sales suggests a failure to attract anywhere near the investment the club had hoped for, with under six per cent of the possible NFTs sold.

Yet Liverpool can yet point to revenue from the sale of their NFTs reaching £1.125million, with £281,374.98 of that amount going to its charity, LFC Foundation.