Dogecoin’s price appears to be bracing for a 30% surge if bulls can breach a key area of resistance.

Dogecoin’s price appears to be bracing for a 30% surge if bulls can breach a key area of resistance. Meanwhile, HUH Token has broken its downtrend line as it prepares to build bullish support and possibly move 60% higher to test previous resistance levels. 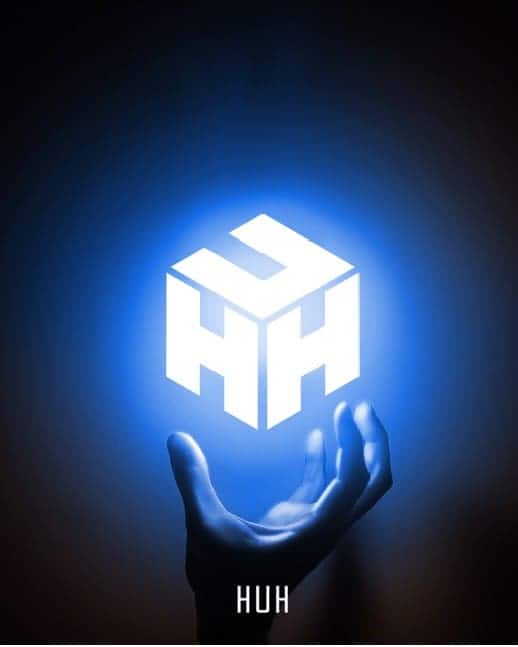 Dogecoin’s price is targeting $0.224 after forming a symmetrical triangle pattern on a daily chart. This would result in a 30% increase from current levels.

However, Dogecoin’s price must break above the upper resistance level of the governing technical pattern at $0.172 before triggering the swing higher.

Additional headwinds will come from the 50 day Simple Moving Average (SMA) at $0.175, which coincides with the 50% retracement level. 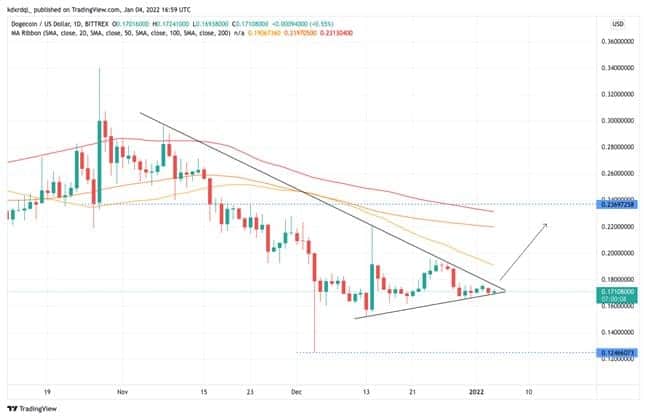 DOGE Daily Chart According to TradingView

If sufficient buying pressure develops, Dogecoin’s price may rally 30% to the optimistic target indicated by the prevailing chart pattern at $0.224, which is located near the resistance line indicated by the 200 SMA.

However, if a sell-off occurs, Dogecoin’s price may find immediate support at the lower boundary of the symmetrical triangle at $0.167, which coincides with the support line. This level should provide a stable base for DOGE, but if additional selling pressure materialises, the canine-themed token may fall to the 38.2% Fibonacci retracement level at $0.165.

HUH Token has broken its downtrend line, indicating that further sideways movement is likely as HUH begins to establish support levels around $0.00006064. If bulls can hold this level then the price is likely to move higher to retest previous resistance levels at $0.00008000 and $0.00012761. This would result in a 60% upswing from current levels. 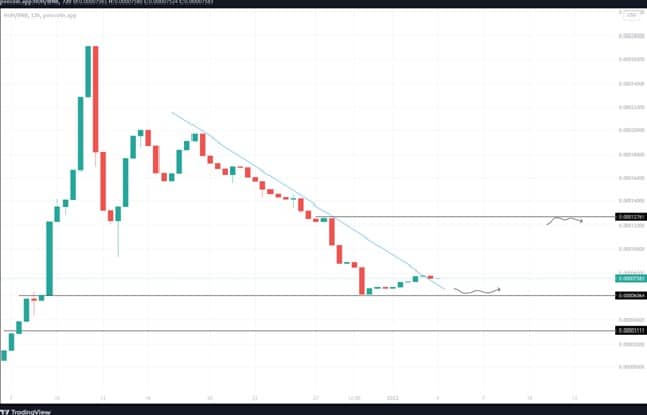 HUH 12-Hour Chart According to TradingView

As with most altcoins, HUH Token has seen some recent selling pressure following the aftermath of the December 3 flash crash but has now seen a 30% increase since the start of the new year – leading to the break of the blue downtrend line.

Investors can anticipate the price to continue moving sideways as it retests and bounces off the $0.00006064 support level. The price can then be expected to trade between

HUH Token launched on December 6 and surged over 4000% in its first week. HUH is available on PancakeSwap, BitForex, and Uniswap. It has also been listed on Coinmarketcap and Coingeko.

One of the reasons for HUH Token’s huge surge since launch maybe its innovative smart contract referral system which operates by giving HUH Token holders a referral code that pays the holder of that code 10% of the original purchase made by the person who was referred. The referral commission is paid directly to the holders’ wallet in BNB.

Traders can expect a fair amount of volatility as this new cryptocurrency finds its feet over the next few months. HUH, Token is still growing its community and its creators have stated they will be conducting an AMA (Ask Me Anything) in February to explain HUH’s ambitious plans.

More information on HUH Token’s roadmap for the future can be found in their WhitePaper, which is available on their website.

Do the sharing thingy

Analytics Insight is an influential platform dedicated to insights, trends, and opinions from the world of data-driven technologies. It monitors developments, recognition, and achievements made by Artificial Intelligence, Big Data and Analytics companies across the globe.