“CreatStep breaks down communication barriers with an innovative, user-friendly platform to connect people passionate about all aspects of the creative arts, at all levels of experience.”

CreatStep has successfully launched their utility token Scope $SCP using launchpad service Pinksale via a KYC’d fair launch on December 2nd 2021. Scope has been audited by Interfi & the dev team have KYC’d with the Pinksale team to ensure security and transparency for their holders.

“Scope will allow users direct access into the world of creative arts via its innovative platform CreatStep.”

Scope is currently listed on Pancakeswap and has gathered a lot of momentum over the past few weeks as CreatStep’s marketing budget expanded well thanks to the balanced structure in which the taxes on transactions are currently being processed.

The current tax on transactions is 15% of which 7% is distributed back to the marketing/development wallet, 6% is paid out in rewards to holders in form of Binance Pegged Ethereum & 2% is sent back into the liquidity pool.

Although the initial tax of 18% was initially considered high for a utility token, the contract allowed for this to be reduced. The reduction in tax phase 1 completed which took the tax to its current 15%. The next phase will be communicated to the community around the launch of the CreatStep platform.

How Scope ($SCP) will be used?

Scope ($SCP) will be used as payment for services/subscription on the CreatStep platform. Users will be able to partake in Masterclasses with people in the creative arts industry initially however as the CreatStep platform expands there will be more features available such as Social Networking, Meeting with celebrities, a marketplace and more.

CreatStep will also seek to dive into the NFT sector, the idea behind this will be to allow celebrities and well-known people to create signed NFT’s and Scope ($SCP) holders will be able to stake their tokens in order to receive one of these NFT’s.

The list of features is non exhaustive and more will be added to this list, these will be communicated to their community at a later stage via our social channels. 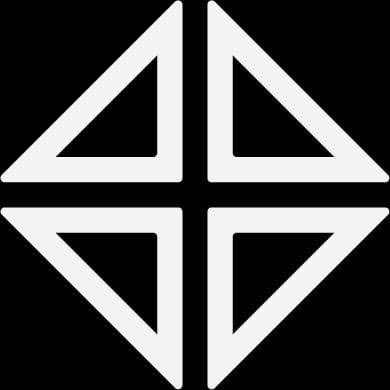 CreatStep is a platform that was created in 2019 by Arturas Saskinas & William Goldstein as a platform to allow people that wanted to learn access into the creative arts industry.

The platform allows users to connect with talented people such as musicians, actors, artists & others in the creative arts field and partake in masterclasses.

CreatStep’s platform will be expanding over the coming months and creating an all-in-1 platform to allow its users to socially network, collaborate, source talent, have 1-1’s and more. The platform will integrate A.I. technology to automatically pair users to those in the same field, this A.I. algorithm will also disallow users with 0 experience to directly approach a user that is very well experienced unless they choose to do so, this avoids spam and harassment on the platform which creates a safe space for creators.

The access to masterclasses and other features will require subscription which would be paid in Fiat or Scope ($SCP) Although some free use access of the platform with limited features will be allowed. Paying in Scope ($SCP) will allow a user to access these features at a discounted rate.

To summarise the Scope ($SCP) utility token will have a substantial amount of use cases. The CreatStep platform will allow Scope ($SCP) to gain in holder numbers and trading volume should increase in line with this which in turn increases the rewards received. Scope ($SCP) will allow the creative arts sector to embrace crypto and this in turn will encourage mass adoption which is the main objective of our platform. The long term goal of CreatStep is to build an entire ecosystem around Scope ($SCP) and connect users from around the globe, pairing talented people with those looking to learn.

Read more about CreatStep & SCOPE $SCP on their Website & Whitepaper below.