Shiba Inu has a fantastic long opportunity on its 3-box reversal coming up. It has triggered once already, but it is still a valid entry if you missed it. It’s four to one reward/risk setup that positions SHIBA shy of its all-time highs near the $0.00008000 value area and is a 106% gain from the entry. The setup is a form of a bear trap in Point and Figure analysis and should generate substantial initial gains. 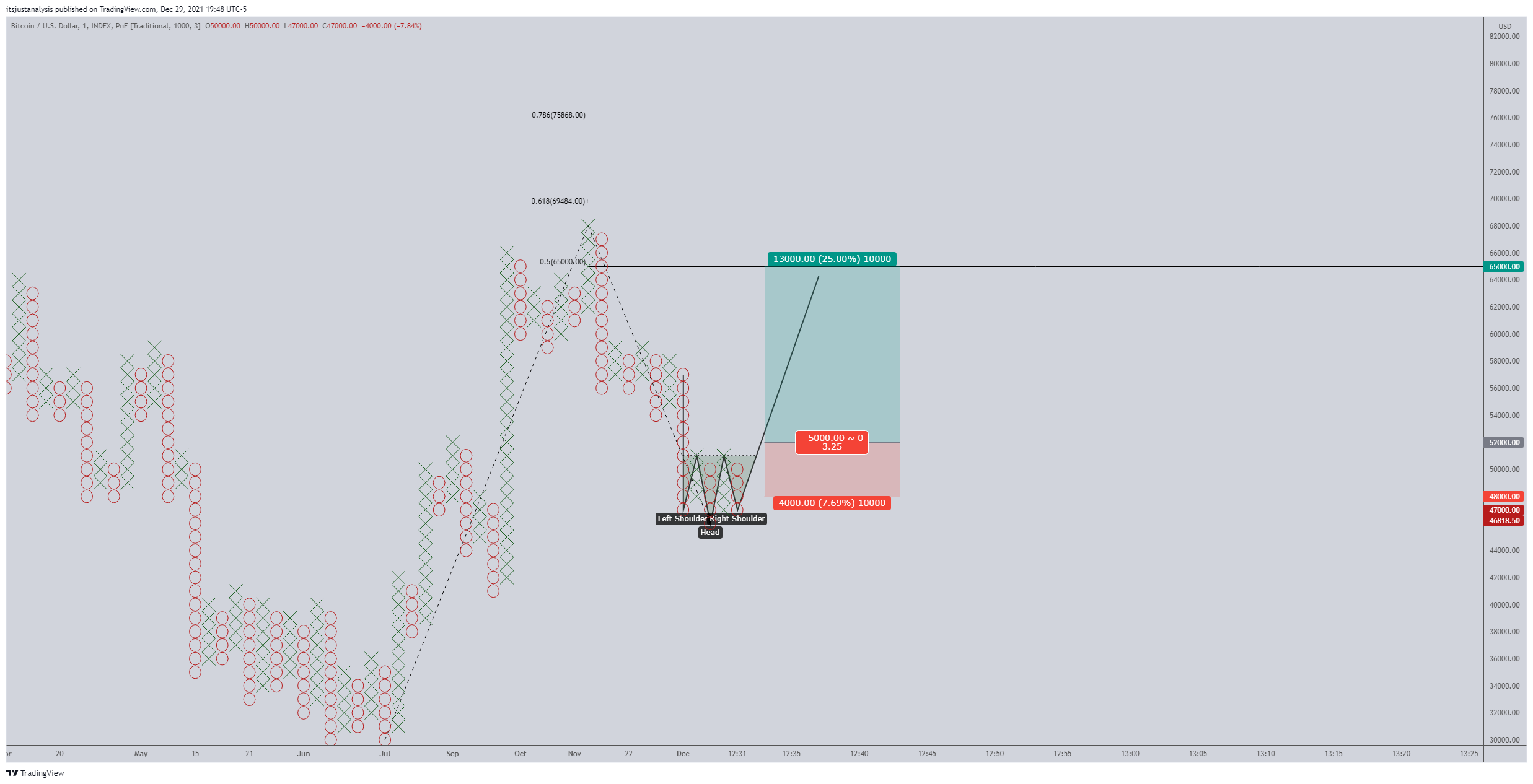 Bitcoin’s Point and Figure chart shows a beautiful triple-top breakout setup occurring within a broader inverse head-and-shoulder pattern. Combining the triple-top breakout and the head-and-shoulders pattern creates a powerful bullish reversal setup. The profit target on this setup projects Bitcoin returning to the $65,000 price level, which is the 50% Fibonacci extension of the current swing. Of course, it is entirely possible that the profit target is too conservative and that Bitcoin could instead rally well above its current all-time highs to hit the 100% Fibonacci extension at $84,000 – but time will tell. The trade setup would yield a little over a three-to-one reward/risk with a 25% gain from the entry.

Dogecoin has certainly given bulls a bitter taste over the past few months. Rallies and momentum based on Elon Musk’s Tweets have waned, and a lack of buyers has given short-sellers and weak hands the upper hand (no pun intended). The recent breakout below the neckline of a head-and-shoulders pattern has yielded limited movement south. A Pole Pattern has now developed on Dogecoin’s Point and Figure chart, presenting a buying opportunity before DOGE would return to the $0.36 value area.

The trade setup is a four-to-one reward/risk and represents a 100% gain from the entry.

Save money on your currency transfers with TorFX, voted International Money Transfer Provider of the Year 2016 – 2020. Their goal is to connect clients with ultra competitive exchange rates and a uniquely dedicated service whether they choose to trade online or over the telephone.
Find out more here.