The launch of the Brise Exchange in Q1-2022 is one of the biggest announcements the Bitgert team made recently.

Bitgert (BRISE) continues to make big moves in the crypto market. Like Safemoon and other competing DeFi projects, the Bitgert team is working hard to build the biggest thing in DeFi. The launch of the Brise Exchange in Q1-2022 is one of the biggest announcements the Bitgert team made recently.

Like Safemoon, Bitgert is building a decentralised financial system. Key products are slotted to be developed to build these platforms. Despite Bitgert coming almost five months after the launch of Safemoon, the team is quickly outperforming Safemoon in releasing products.

In just 120 days of launch, the Bitgert team has already launched 5 products, a record that Safemoon is yet to break so far. The Safemoon wallet is the only major product from the Safemoon team, but Bitgert has the Brise wallet, Bitgert Audits, Bitgert Swap, etc., already launched. Therefore, Safemoon is lagging behind in delivering products even with the anticipated Safemoon V2 launch. 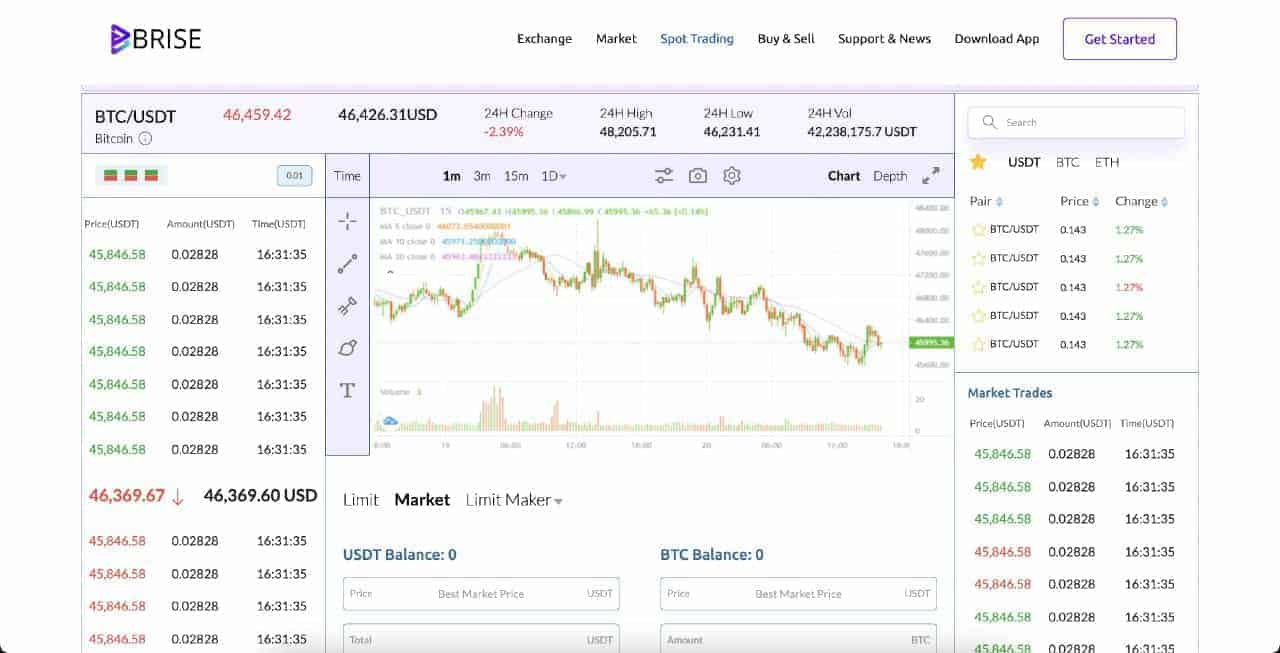 Bitgert and Safemoon are both developing cryptocurrency exchanges, but Bitgert is quickly developing its exchange. The Bitgert development team has already released the Brise Exchange user interface (UI), and the crypto community is super excited about it. To be honest, the team has surpassed most people’s expectations going by the released UI images.

From the images released by the team, there is no doubt that Brise Exchange will have one of the most intuitive and user-friendly UI. Below are some of the Brise exchange images the team has shared.

Apart from the UI images, it is important to note that Brise exchange will be one of the most secure and easy-to-use platforms. The team is building an exchange that addresses the issue of scalability, speed, and security. Just like Safemoon exchange, Brise exchange will be using PoS consensus protocol, which offers better security features.

In addition to the network security enhanced by the PoS protocol, the exchange comes with a 2FA/SMS security feature to keep users’ accounts safe from unauthorized parties. It will be one of the cryptocurrency exchanges that will be difficult to hack.

Safemoon launch of the Safemoon V2 will toughen its competition in DeFi. But with Bitgert launching the Brise Exchange soon, the competition with Safemoon and other DeFi projects will be taken a notch higher. The Safemoon team will need to do more on product development to compete with Bitgert.

With the Brise Exchange UI images already out, it is an indication that the exchange development is in its last stages. The team will be announcing the exchange release date any time from now. For more information about Bitgert coin, check out the following platforms:

Do the sharing thingy

Analytics Insight is an influential platform dedicated to insights, trends, and opinions from the world of data-driven technologies. It monitors developments, recognition, and achievements made by Artificial Intelligence, Big Data and Analytics companies across the globe.